Infrastructure Ministry Commission To Complete Audit Of Ukrzaliznytsia This Week

The government audit of the State Railway Administration (Ukrzaliznytsia) that began in September will be completed this week. The head of the department for combating corruption on railways, Oleksandr Krasychkov, announced this at a press conference, the CFTS correspondent reports.

He was unable to provide any details about the progress or the preliminary results of the audit.

Krasychkov recalled that Ukrzaliznytsia’s General Director Borys Ostapiuk has been suspended from his post for the duration of the audit in accordance with an order from the Ministry of Infrastructure. It is unclear whether he will be reinstated immediately after the audit.

Prime Minister Arsenii Yatseniuk ordered the audit of Ukrzaliznytsia. It was reported that information about possible abuses in the financial and economic operations of Ukrzaliznytsia and corruption within Ukrzaliznytsia had been received from law enforcement authorities. In connection with this, an interagency commission was set up in the Ministry of Infrastructure. Members of the commission include representatives of the government agencies responsible for implementation of anti-corruption policy.

As reported, it became known on October 13 that Parliamentary Deputy Mykola Kruhlov had withdrawn his demand for audits of Ukrzaliznytsia and Ukrzaliznychpostach, as well as removal of the heads of these agencies.

Visit the new site http://lbetting.co.uk/ for a ladbrokes review. 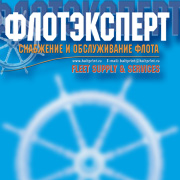